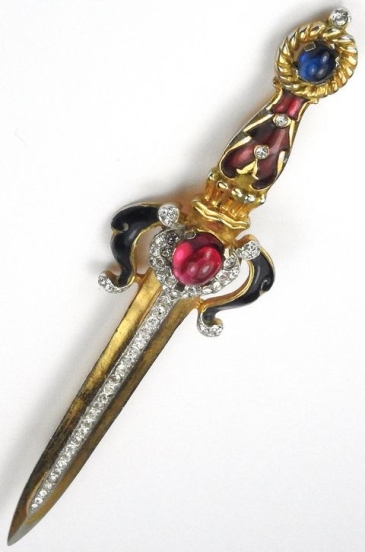 No kidding, I saw two guys with daggers very similar to this one sticking out of their dead bodies recently. One had blood pooled all around his head and in his lap – the knife was in his neck, and the other was pretty cleanly stuck in his chest, meaning it was stuck there after he was already dead, so it was a message. For me. Placed on a lovely white couch in the Pierre Hotel. At least the couch wasn’t ruined, but I noticed it disappeared and was replaced with one in a yellow and white linen pinstripe the next day.

All of these events are pretty well described in “Embracing the Fool,” with me being the Fool in this case, as you may have guessed.

I’ve held similar daggers, some of which had a very nice curve in the blade, mostly for self defense purposes when I was traveling with the circus and later, doing my dissertation research. A girl can’t be too careful! Knowing how to throw and use a dagger is a handy skill to have. But I didn’t kill either of the men I referred to above. In “The Fool,” I used a gun to kill, when it became necessary. Self defense, of course.

Here’s an example of a curved blade dagger. Pretty, isn’t it? Until the sheath comes off. 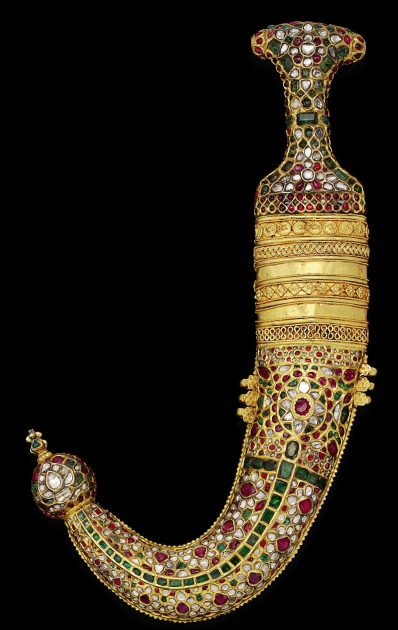 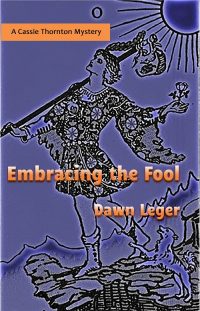 Get a personally signed copy of the first Cassie Thornton Mystery, Embracing the Fool, by ordering here. (Shipping included)